1. Kenyan Aquifer
Derek summarized the recent news about a newly discovered aquifer in northern Kenya.  The technology used to find the aquifer was discussed, as well as issues around how to get the water out of the ground in this rural environment.  Derek related some of his experiences drilling wells and installing handpumps in Kenya. 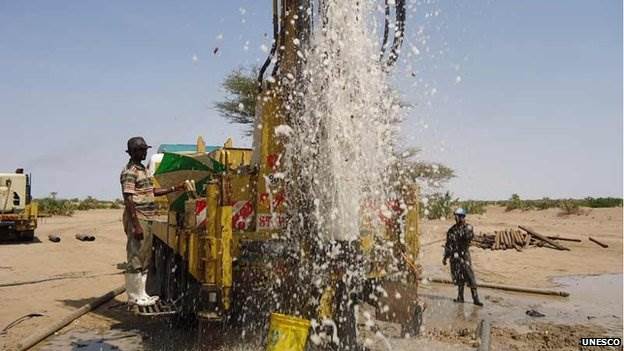 (photo above from UNESCO website.  http://www.unesco.org/new/en/media-services/single-view/news/strategic_groundwater_reserves_found_in_northern_kenya/#.Uq4xs_QW1TK )
2. Marshall Islands Drought of 2013
On April 19, 2013 the Republic of the Marshall Islands declared a state of emergency for the Northern Marshall Islands due to a prolonged dry season and severe drought.  In May the declaration was elevated to a state of drought disaster.  Derek was deployed to the Marshall Islands in late May to assist USAID Office of Foreign Disaster Assistance assess the disaster to help determine the US Government response.  Derek described the conditions in the Marshalls and several technologies being used to help make drinking water, including a small solar powered reverse-osmosis unit. 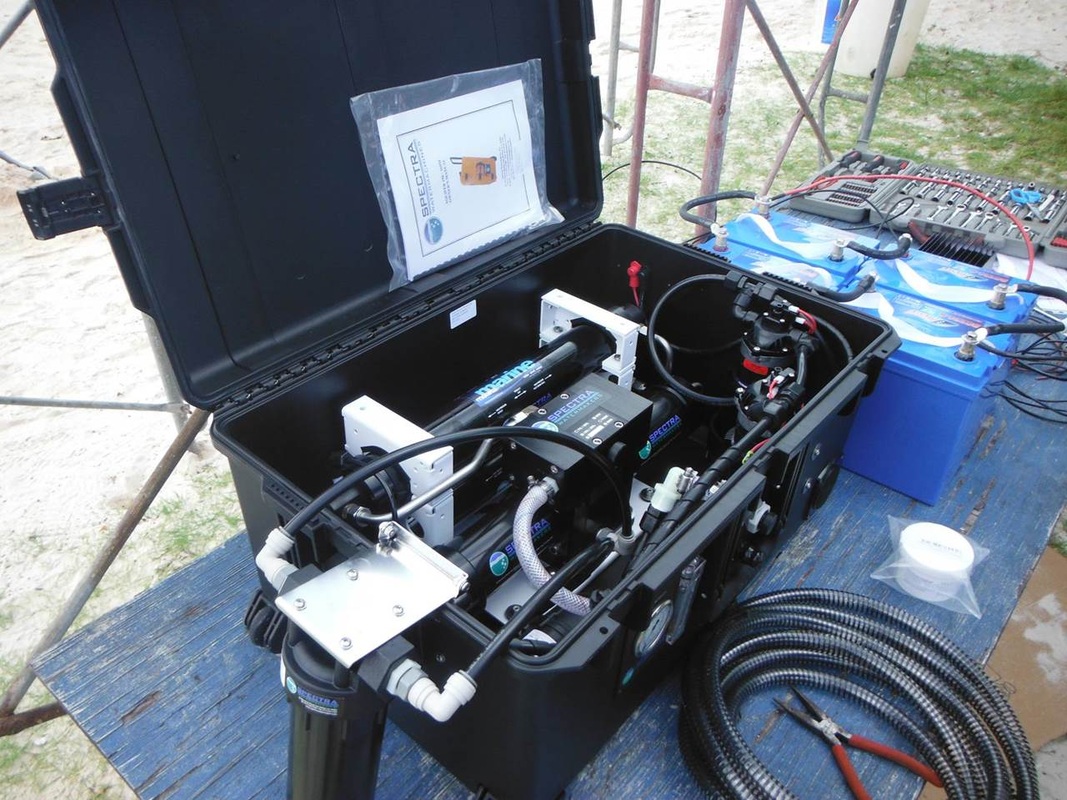 (photo above is of a small solar powered reverse-osmosis unit used for making drinking water from sea water)
3. Waterborne Disease Outbreaks 2009 - 2010
In September 2013 the CDC published the "Surveillance for Waterborne Disease Outbreaks Associated with Drinking Water and Other Nonrecreational Water - United States, 2009 - 2010" in the Mobidity and Mortality Weekly Report (MMWR).  Derek  summarized the findings of the report and described the two most common diseases reported: Legionella and Campylobacter. 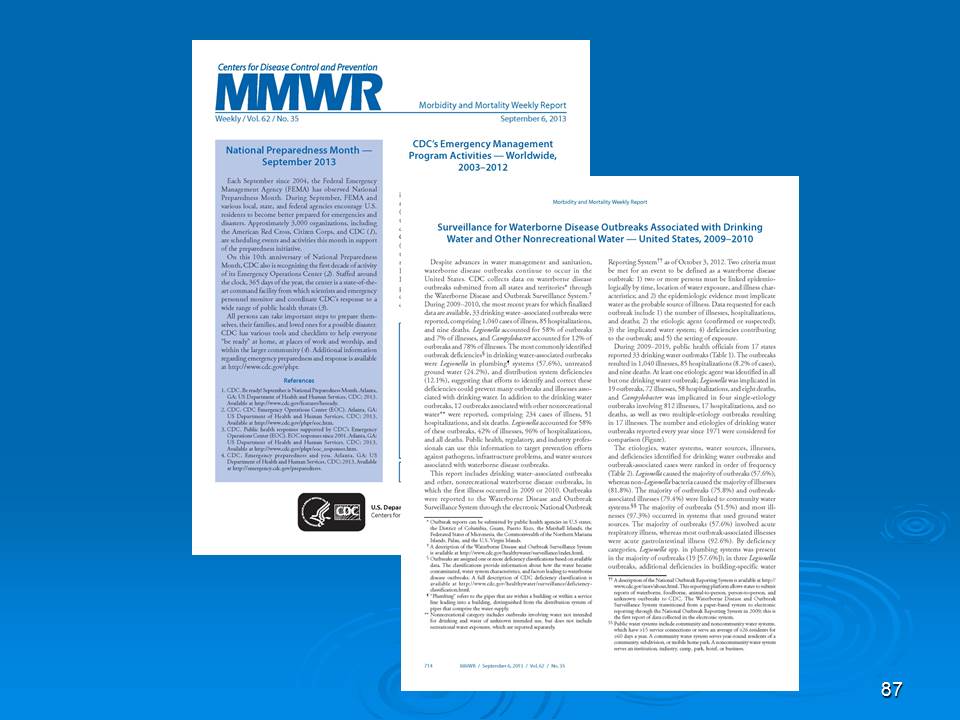 (to see the full report click: http://www.cdc.gov/mmwr/pdf/wk/mm6235.pdf )
4. Cryto Outbreak in Baker City, OR
In July 2013 several residents of Baker City, Oregon became ill.  In August tests confirmed that the city's drinking water had Crytosporidium.  Derek played several videos of newscasts from Baker City that described the situation and how the city responded. 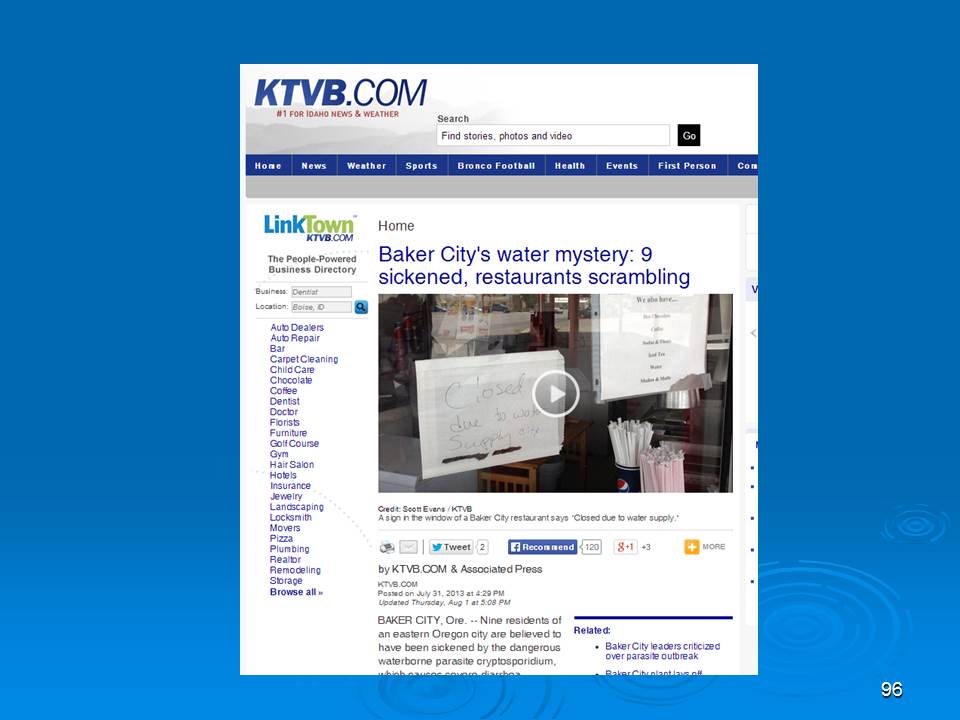 Derek Chambers presented information on grease traps including: CNMI regulations about grease traps, their purpose, design features, how to install, and how to maintain. 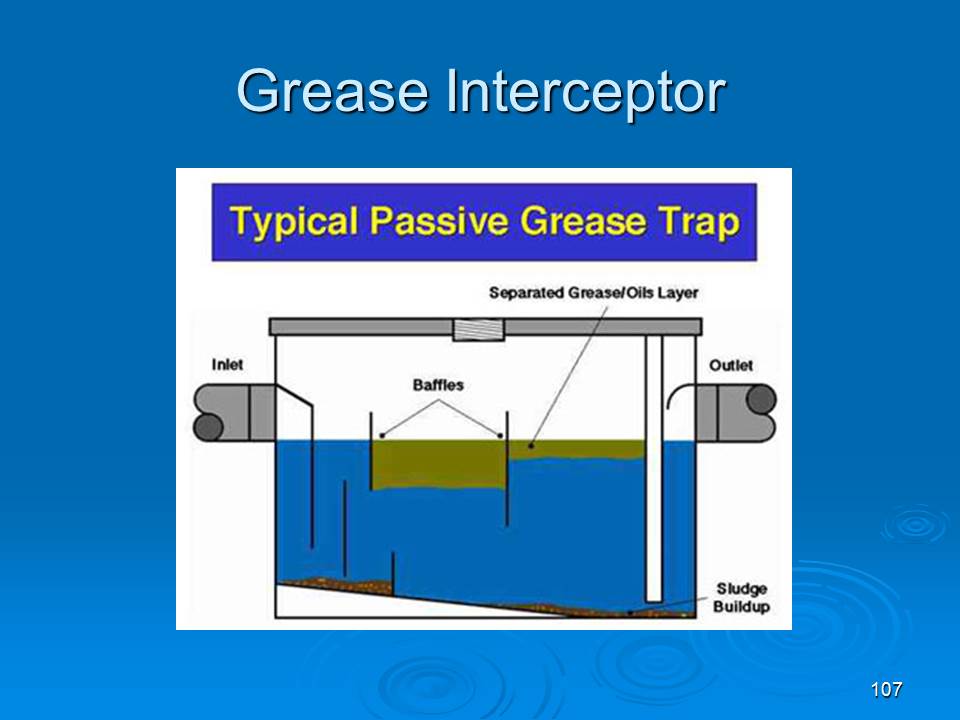 (Above: a slide from the presentation on grease traps)

After the training, the Association held their annual meeting and elections for the Board.  Ballots were distributed, and members were instructed to vote for three candidates.  The three candidates chosen that agreed to be on the Board were: