Ray Masga, DEQ's Site Assessment and Remediation (SAR) Branch Manager presented about a recent investigation DEQ performed regarding a CUC customer with water that had a diesel like odor.  DEQ's SAR Branch was involved in this investigation because they have equipment that can detect volatile contaminants.  The investigation revealed that a neighbor of the complaitant had burned a pile of brush which was on top of a shallow buried water service line - which subsequently melted and allowed contaminants from the brush pile to enter the water line. 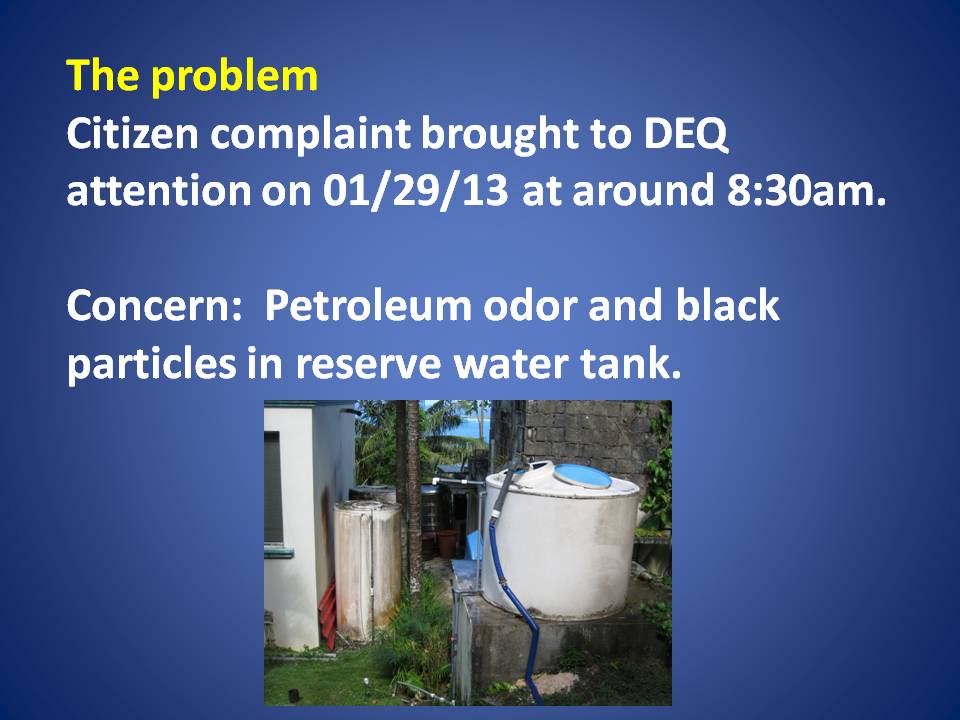 (Above: a slide from Ray Masga's water complaint investigation)
Brian Bearden and Paul Raczokoski of CUC showed off CUC's downhole well camera, and showed videos from a couple of wells.  The videos showed uncased wells, cased wells, well screen, and wells that have filled in with sediment. 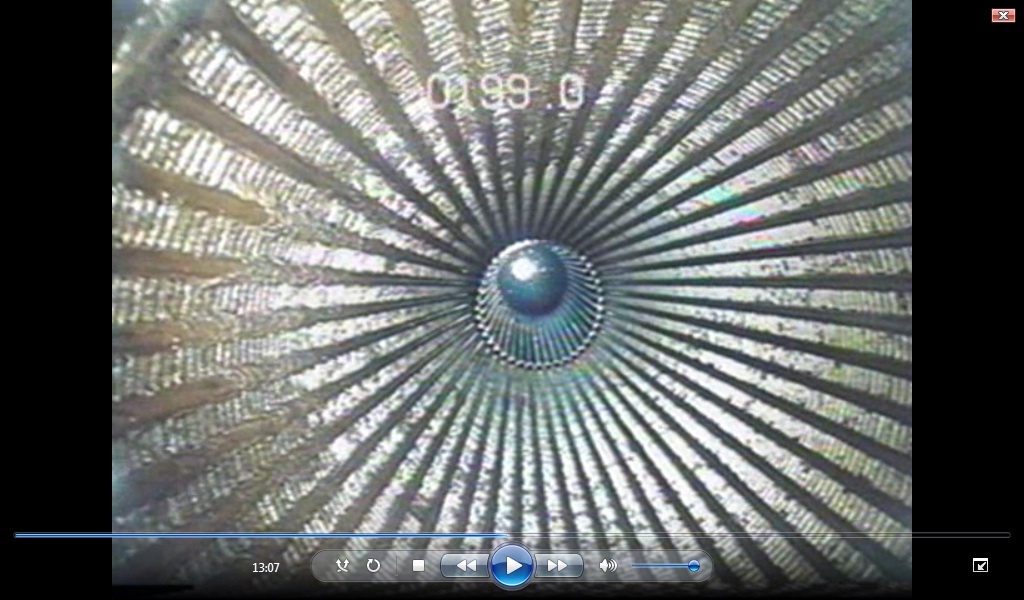 (a screen shot of one of the down hole videos)
Derek Chambers provided an update on the Revised Total Coliform Rule.  EPA issued a press release on 12/20/2012 announcing that the RTCR is finalized and will become effective on April 1, 2016. 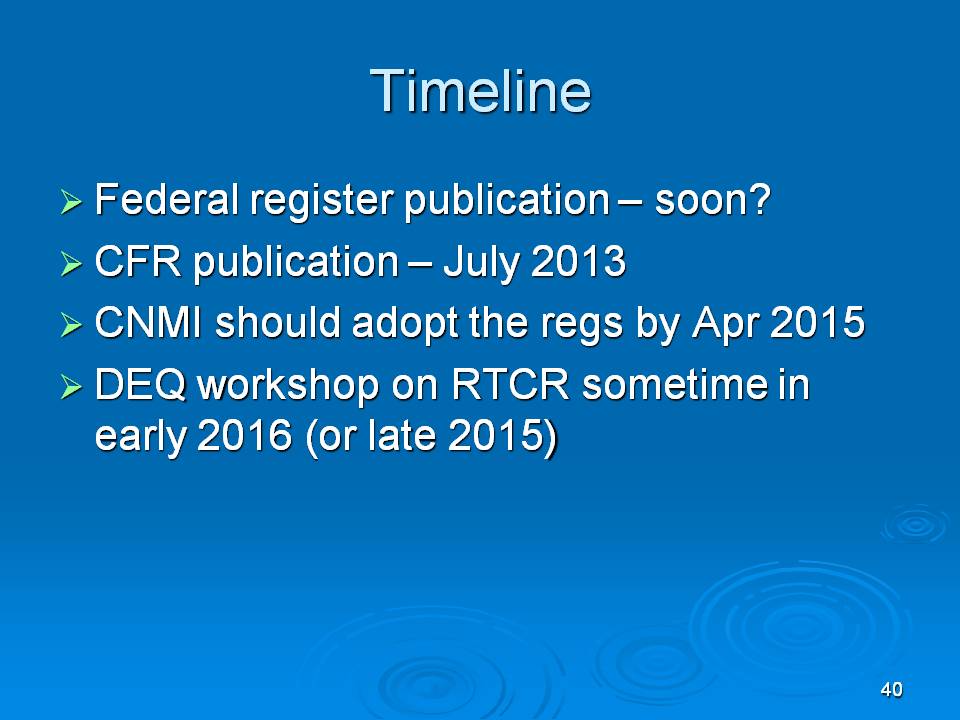 We viewed the 1994 video titled "Operator Training Guide on the Lead and Copper Rule Regulations".  Not much about the Lead and Copper Rule has changed since it was first promulgated, so most of the video was still appropriate training.  When there were topics that were no longer relevant, or topics that needed emphasis, the video was stopped and important points were discussed. 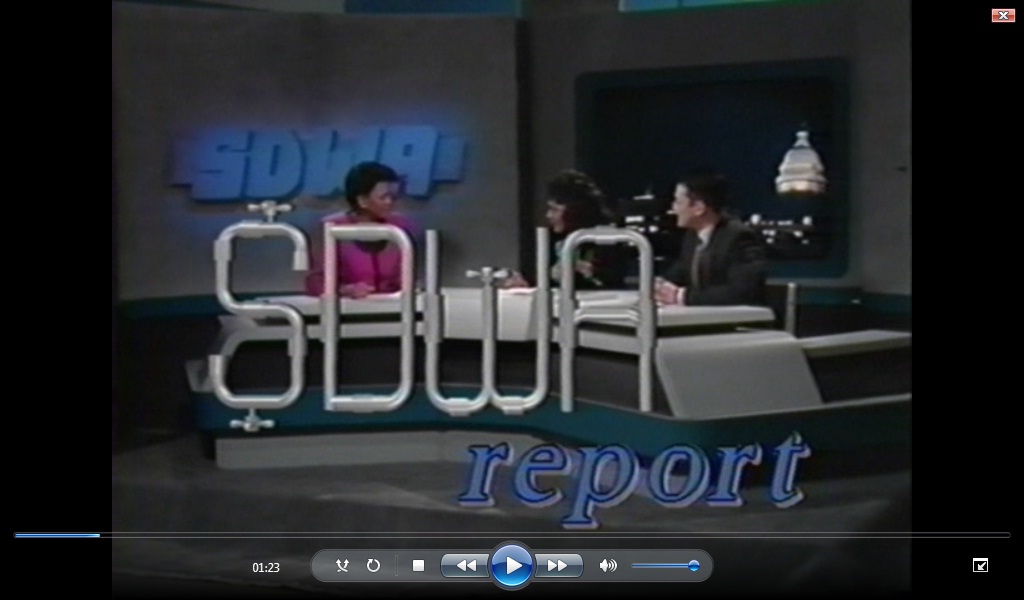 (screen shot from the beginning of the video - no it is not from the movie 'Anchorman")
Main Event: Corrosion Control in New Construction
facilitator: Derek Chambers

We viewed the archived edition of the Water Research Foundation's webcast on Corrosion Control in New Construction.  The webcast identified several case studies including one where a particular kind of control valve was contributing high amounts of copper contamination into a building's water distribution system. 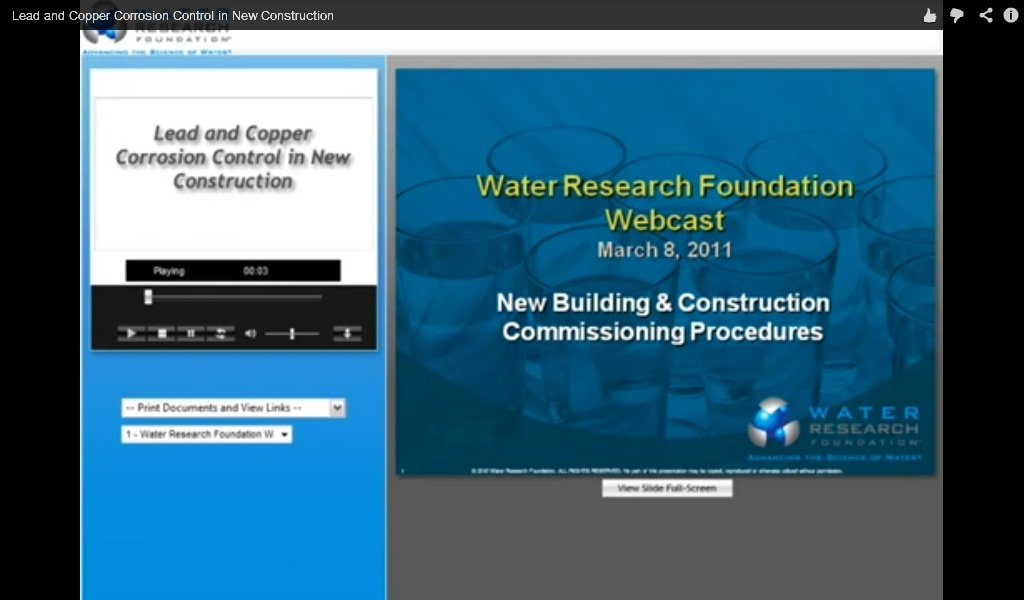 (Above: screen shot from the beginning of the webcast)